XXIV General Meeting of the Polish Chamber of Steel Structures 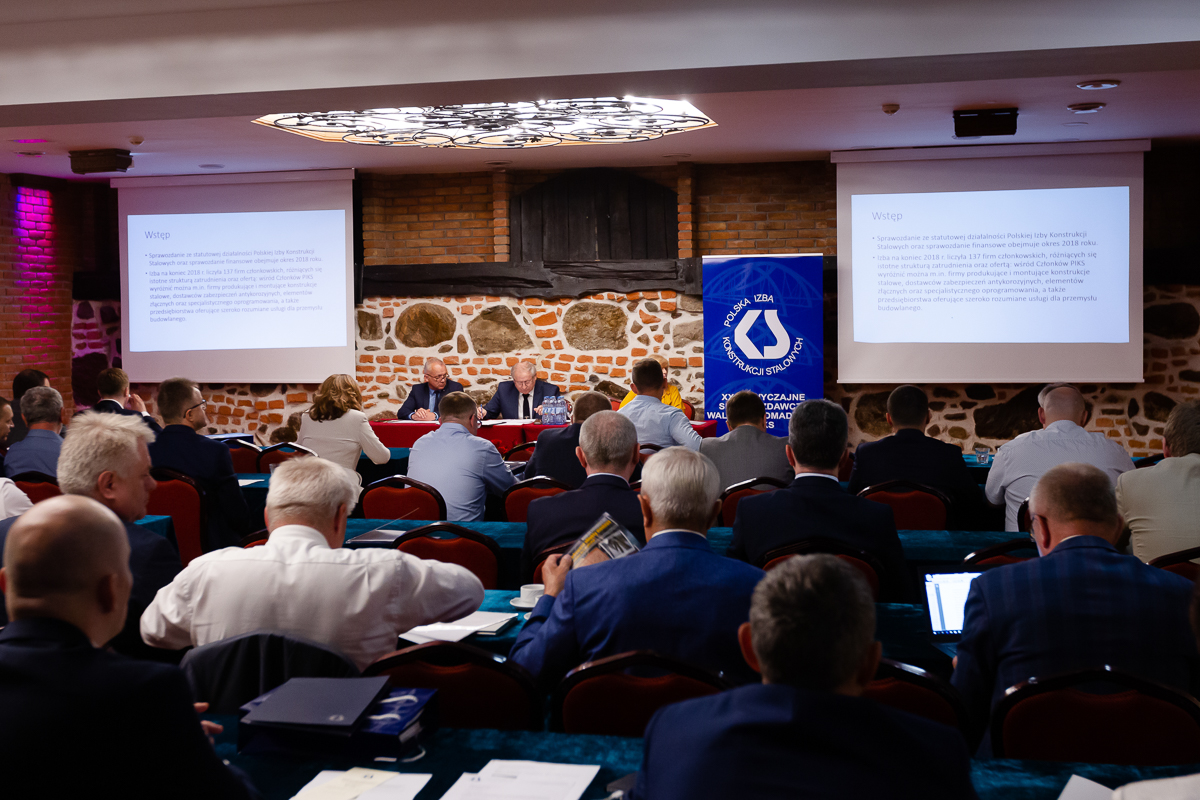 On 18 June 2019, in the Castel Ryn Hotel in Mazury, the XXIV Ordinary General Meeting of Shareholders of the Polish Chamber of Steel Structures took place. During the session of the General Assembly the report from last year in the activity of PIKS was presented, the election of new vice-presidents of the Chamber took place, the activity of the program BUILD FROM STEEL was presented and the Technical Conference in the Binkowski Hotel in Kielce (27-28.08.2019) was planned. The subject of PIKS joining to the ECCS (European Convention for Constructional Steelwork) was brought up and those present at the General Assembly filled out questionnaires representing their opinion on the subject. At the end of the meeting, the members were awarded prices sponsored by PIKS member companies. In the evening y an integration meeting was held, during which the participants could use the attractions prepared by the hotel, including bowling, billiards, golf academy and casino.